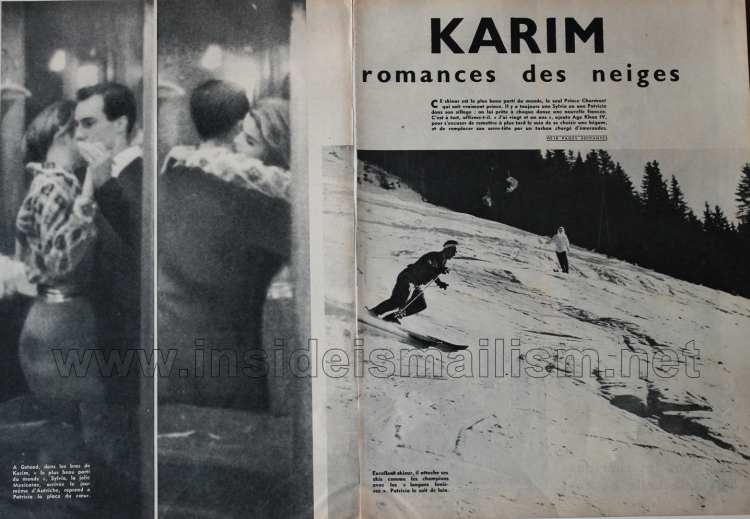 The story scanned and uploaded here on the Inside Ismailism blog appeared in a French-language magazine and named only a few of Karim Aga Khan’s women. He is pictured here with the almost-begum Sylvia Casablanca and another almost-begum Patricia Deblave — both of who her never married, but “dated” on consecutive nights. 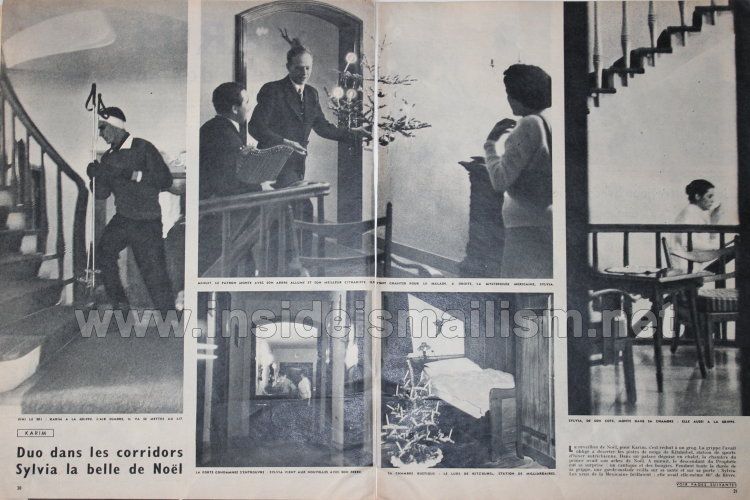 Above: The couple in the corridors – Karim Aga Khan with Sylvia Casablanca

Below: Cheek to Cheek – Flirting on the New Year’s Eve with Patricia 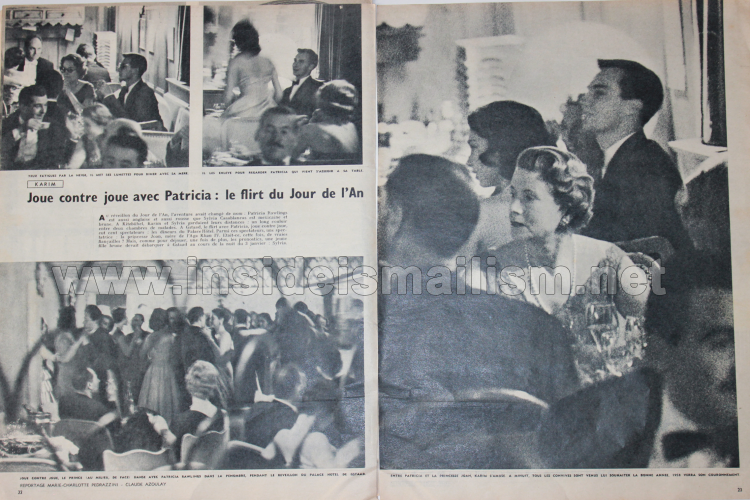 Aga Khan, The Model and the Mystery Baby | Inside Ismailism

Secret Life of The Aga Khan | Inside Ismailism

Giving out free #LessonsInIsmailism.
View all posts by Akbar Khoja »
« The Aga Khan, The Bahamas and The Trudeaus
The Nizari Ismaili Trinity »