Every Ismāʿīlī child is made to believe that Fatimid period was a glorious one when sciences, arts, social justice and tolerance reached their peak and after the decline in Fatimid rule, ʾIslām has been on the decline and never recovered its glorious past. In this article, we discuss publication by the Institute of Ismāʿīlī Studies of the book The Advent of the Fatimids, which is a direct English translation of Ibn al-Haytham’s Kitab al-Munazarat (‘The Book of Discussions’). This book is enough to debunk the lies which are taught to Ismāʿīlī children in their Religious Education Centers (REC) by Ismāʿīlī teachers by producing evidence of how (Sunni) Muslims were tortured and prosecuted in the Fatimid era and how was the freedom to practice their religion was taken away from (Sunni) Muslims by the Fatimid Ismailis.

This article has the following sections:

1. Background of the Publication

It is also notable that Ibn al-Haytham wrote this work some 37 years after the events he describes in this memoir. In this work of munazarat (or ‘discussions’) he enthusiastically praises Abu Abdullah and Abu’l Abbas with whom these discussions took place. However, Abu Abdullah and Abu’l Abbas were accused of treason by the Ismāʿīlī Imām al-Mahdi and were executed. Ibn al-Haytham waited these 37 long years to write this memoir. In the introduction to the book, Paul E. Walker himself alludes to the answer when he says “Why then did he decide at that moment to write the story of his first encounter with Abu Abdallah and Abul Abbas? From the context it appears that he may have realized that the previous Imām was dead and that a new era under the son was about to begin. He obviously wanted to insure his place and position in the new daʿwah, perhaps to even claim a higher rank. Thus it was important in his view to rehearse for his reader, namely the person to whom the work is addressed, who was probably above him in terms of influence among members of the innermost circle, including possibly the new Imām, his own credentials and his early membership and service in the daʿwah.” The author adds “If so, however, there is no sign that it worked in his famour. [Ismāʿīlī Imām] Al-Mansur and later [Ismāʿīlī Imām] al-Muizz gave preference to Qādi al-Nu‘mān who may well have been a rival to Ibn al-Haytham.”

2. Evidence of Torture and Persecution of Sunni Muslims by Ismāʿīlīs during the Fatimid rule

It is interesting to note that Madelung & Walker (2000), “from Maliki sources themselves, the picture of Fatimid rule is one of severe persecution and harsh repression.” (p. 20) on the other hand, it is also quoted in the same book that “Shīʿah studied with Hanafis in large measure because they were not allowed either to teach or to study their own Shīʿah law in public.” (p. 25). Again it is quoted that “It is significant that when al-Mansur restored Taharat in 947 following the rebellion of Abu Yazid, the bodies of both Masala (d. 924) and his brother Yasala (d. 931) were exhumed and publicly burned.” (p. 54) Such was the glory of the Fatimid rule.

3. Evidence of the Imām’s Greed for Money

The author depicts the Imām’s love for money by mentioning that “the Imām insisted on receiving the funds that had been collected for him and were stored there. Some of the Kutāma chieftains who thought they had a right to share in this fund resented his act.” (p. 18) It is important to note that the Kutāma were also Ismāʿīlī themselves who as the author has said, “resented” Imām’s greed.

4. Evidence of Forbidding Tarawih Prayer and Changing the Adhān during the Fatimid rule 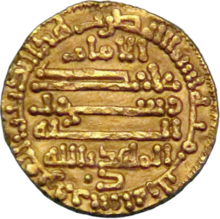 The book also mentions “Over the following months, Shi’i rituals and institutions were increasingly imposed on everyone. The adhān was changed; the Shi’i phrase ‘Come to the best of works’ was inserted in place of ‘Prayer is better than sleep’. The tarawih prayers led by an Imām during Ramadhan were forbidden. The Shīʿah regard this practice as a reprehensible innovation of the second caliph Umar and thus not to be allowed. It is, however, considered sunna in Maliki law. In the new khutba, a prayer was added for Ali b Abi Talib immediately following that for the Prophet. Thereafter came benefictions for Fatima, al-Hasan, and al-Husayn. In general the new qadi decreed that he practices of ‘Umar an dother Companions no confirmed by ‘Ali and the family of the Prophet were unacceptable. The implementation of these and other changes and the suppression of Sunni practices by the newly appointed local Shi’i qadi with eager support of the local Shi’is aroused much popular Sunni resentment against him personally. They were, however fully in accord with the previous practice of Abu Abdallah among the Kutāma Ismāʿīlīs and with early Fatimid religious policy.” (p. 27)

“…as the year wore on, the suppression of both Hanafi and Maliki jurisprudence grew increasingly complete. Finally, it was forbidden to issue a ruling on the basis of the works of either Malik or Abu Hanifa. Ibn al-Haytham notes with pride that their books were soon all but worthless, and were sold for use in pharmacies to wrap prescriptions or exported to Andalus.” (p. 29)

Abu Abdullah and his brother, who were two key dai’i and helped the Ismāʿīlī Imām set up the Caliphate. In one of the incidents quoted by Qādi al-Nu‘mān, one of these two dais, Abu Abdullah advised the Imām “not to corrupt the Kutāma by offering them riches, by appointing them to lucrative positions, and not to order them, as he had done, to wear pompous official dress and ornament. Abu Abdallah, thus warned the caliph about his very style of rule. But it is obvious that the plain ascetic demeanor and simple habits that Aby Abdallah acquired from long years of work in the field amen the tribesmen were not those of al-Mahdi who as Fatimid caliph adopted the trappings of power and majesty and kept a distance between himself and them. Ibn al-Haytham remarked on these qualities of Abu Abdallah who it seemed no amount of wealth and power could change.” (p. 36).

The fate of Abu Abdallah and his brother is described ultimately as “Sadly, the da’wa that put the Fatimids in power suffered a major blow soon after its victory. Abu Abdallah, his brother, and their two closest Kutāma allies, Abu Zaki and Abu Musa, were accused of conspiracy and disloyalty. Less than fourteen months from the euphoria of al-Mahdi’s arrival and assumption of power, he ordered that the four be executed for treason, first Abu Musa, and then in rapid succession Abu Zaki, followed by the two brothers on Monday 15 Jumada II 298/18 February 911. “ (pp. 31-32)
Abu Ali had “recruited the brothers and knew them well” (pp. 36-37) and used to glorify the Imām by saying “’Our Lord, the Commander of the Faithful, is like the sun whose light is bright and blinding such that, if it were not followed by the moon to moderate and cool its effects, no plant could develop properly on earth and the heat would overpower it.’ But whatever al-Mahdi actually believed or had been told about the matter, and whether or not it was entirely accurate, he regarded it as treason and acted accordingly.” (p. 37)

Centuries onwards, the tradition of the Ismāʿīlī imamate has not changed much. In absence of the Fatimid rule, traditional execution of loyal followers has turned into modern-day prosecution. In 2010, the Aga Khan famously took two Ismāʿīlīs to court over publishing his farmans and speeches “without his permission”, throwing the entire Ismāʿīlī community into a web of confusion and fear that Ismāʿīlīs might be sued by none other than the Imām himself, if Ismāʿīlīs do not obey and abide by the Ismāʿīlī constitution as they are assumed to be ‘under oath’ to the Ismāʿīlī Imām.

For further reading, click here to see our article “See You in Court: When Hazar Imām Sued Two Ismāʿīlīs”.

Giving out free #LessonsInIsmailism.
View all posts by Akbar Khoja »
« “Ismailis Worship Me” – Aga Khan III
What They Didn’t Tell You About Dasond in Your Jamatkhana »