//
you're reading...
7. Aga Khan and Ismailism in the Media, 8. The Ismaili Community 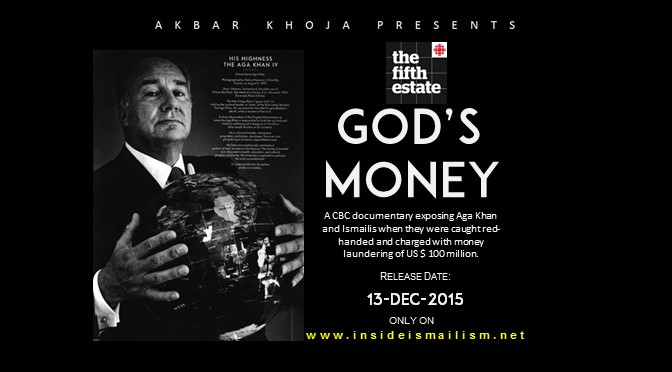 In 1991, Sadruddin Kabani was caught red-handed smuggling more than a million dollars in cash along the US-Canadian border. The money was destined for Aga Khan through Tajuddin Kurji of Aga Khan Foundation Canada and was collected from the Ismāʿīlī community in the name of dasond, mehmani, majlis memberships and various other religious contributions.

The matter was escalated by the Canadian border security to the United States police who then went on a trail of more than US$100 million being smuggled for Aga Khan from North America to his Swiss bank accounts in Lloyd’s Bank in Geneva through top-ranked Ismaili community members such as Tajuddin Kurji.

Taj Ismail was used as a courier by Tajuddin Kurji. Between 1980 and 1988, Taj Ismail deposited US $ 65 million for transferring to Switzerland. Nizam Allibhai, the brother-in-law of Kurji performed similar duties in the US as a courier and often hand-carried money to Europe. British customs also caught Allibhai and tipped off their US counterparts.

Allibhai was put under surveillance by the IRS and set up a sting operation with the help of an insider in the Ismāʿīlī community.

Nizam Allibhai and 12 other members of Ismāʿīlī community were arrested following the sting operation. All of them either pleaded guilty or were convicted of offenses ranging from simple currency violation to money laundering in the name of their God, the Aga Khan.

All of the above , along with the secret footage of the sting operations and interviews of key Ismaili community members involved, explained in the investigative report called God’s Money which can be watched now on Facebook (click here), directly on YouTube (click here), or below: